We Cultivate Creativity & Innovation Together

Check Variety Of Topics Related To The Global Digital Transformation.

Introducing .NET 6: All the New Features Using ASP.NET Core You Need to Know in 2022 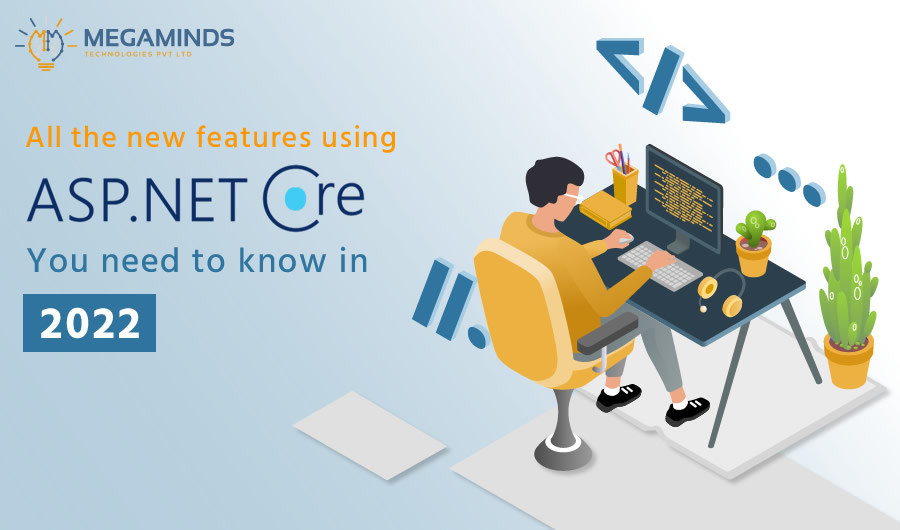 How often do you check out the latest new features in .NET? It’s been two years since the last update, and the new version, .NET 6 by using ASP.NET Core, is introducing some exciting new improvements to your favorite framework. Here are some of the key changes that could have the biggest impact on your coding process this year and beyond.

.NET 6 is feature-packed, offering many improvements and new features over previous versions. In this post, we’ve covered some of the most noteworthy changes coming in .NET 6. Be sure to stay tuned for more posts on each of these topics in the coming weeks!

​Every two years, Microsoft releases a new version of the .NET framework. This year, .NET 6 was announced, and it’s full of exciting new features that will make any .NET Developer drool. Let’s look at some of the biggest new additions to this popular programming framework!

One of the great features of the .NET 6 using ASP.NET Core is hot reload. This means you can change your code and see the changes reflected immediately without restarting your server.

This can save you a lot of time, especially when making small changes.

Plus, it’s just really cool to see your changes take effect immediately! To use hot reload, simply ensure that your server runs in debug mode.

Then, when you change your code, simply save the file and refresh your browser. The changes will be reflected immediately.

One of the biggest new features in .NET 6 is support for running desktop applications on any platform. This means you can now take your existing Windows Forms or WPF application and run it on macOS, Linux, or even web browsers using Blazor.

.NET 6 will feature many new APIs, making it easier for developers to target multiple platforms. For example, there will be new support for targeting macOS and Linux from a single codebase.

In addition, .NET 6 will include a new Open-Source runtime that can be used on any platform.

This runtime will include a set of core libraries that are shared across all .NET implementations. Finally, .NET 6 using ASP.NET Core will also feature improved performance and stability thanks to some significant changes.

One of the best new features of .NET 6 is the HTTP Logging middleware.This middleware allows you to log all incoming HTTP requests and responses to a central location. This is incredibly useful for debugging and troubleshooting web applications. The middleware is also very easy to configure and use. Simply add it to your project and enable it in your Startup class.

In ASP.NET Core 6, you can use this middleware to record details about HTTP requests and responses that contain any combination of the following:

With so many new features, it’s hard to know where to start with .NET 6 using ASP.NET Core. But don’t worry, we’ve got you covered. In this blog post, MegaMinds will introduce you to all the new features coming in .NET 6, so you can be up-to-date and ready to use them when the time comes. Simply give us a call at or send us an email to get started.